IRAM has two cooperation agreements with the University of Nanjing (China) and the Purple Mountain Observatory (Chinese Academy of Sciences).

The primary goal of these agreements is to strengthen cooperation in the Millimeter Astronomy, and in particular in the framework of NOEMA (NOrthern Extended Millimeter Array), the most powerful millimeter observatory in the Northern Hemisphere. 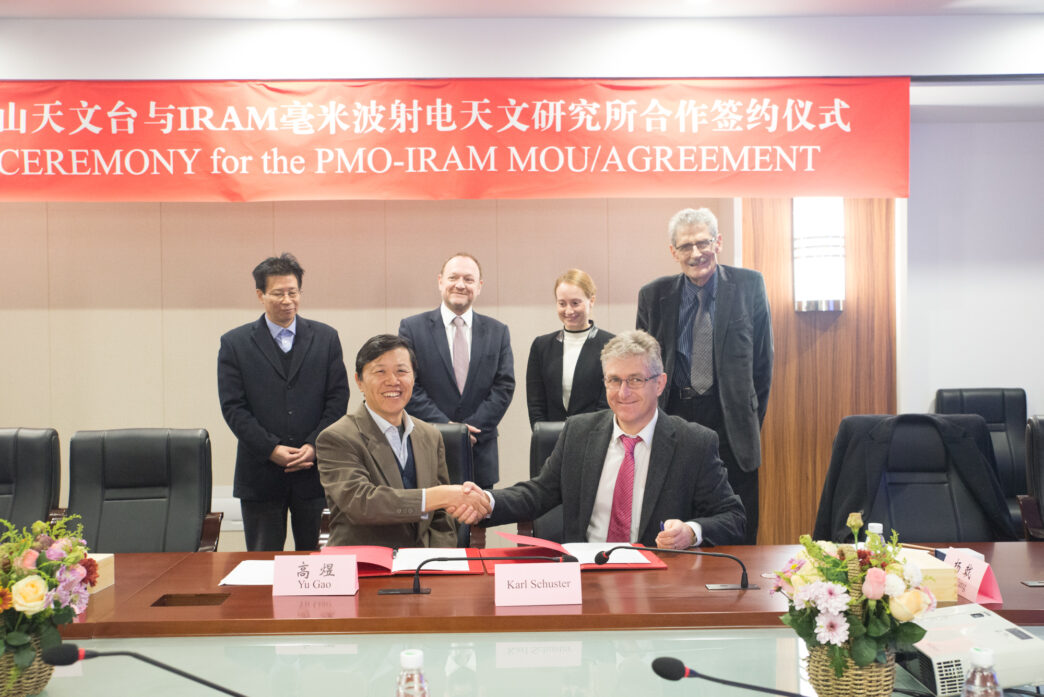 NOEMA enables astronomical observations in the millimeter range with previously unattained sensitivities and precision. The signed agreements testify to the international attention for IRAM and the particular interest NOEMA is drawing far beyond the European horizon. The primary goal of the collaboration is to promote research projects in astrophysics and to sustain technological developments in the terahertz domain. A similarly important goal is the strengthening of the international collaboration to exchange know-how and technical skills, and to train scientists and students.

Nanjing University is one of the most prestigious Chinese universities, its School of Astronomy and Space Sciences runs multiple scientific research projects with IRAM. The Purple Mountain Observatory is an institute of the Chinese Academy of Sciences having its historical roots in the observatory on the Purple Mountain, near Nanjing. One of its major research areas is directed towards radioastronomy, the topics of star and galaxy formation and cosmology.