Filtering out even the smallest of signals

Once signals from space have been collected by the telescopes and amplified by the receivers, they are transmitted through optical fibers to a central supercomputer, a so-called correlator. With a processing power of thousands of billions of operations per second, the  correlator is able to filter out the smallest signal from the background noise generated by quantum effects and the environment. Unlike these random noises, the cosmic signal usually does not vary. The correlator averages the incoming signal over time, so that noise diminishes and the cosmic signal gradually appears. Simultaneously, the correlator compensates for the signals’ delays caused by the earth’s rotation. The actual NOEMA correlator processes every day the equivalent of the daily Internet traffic of a country like France. 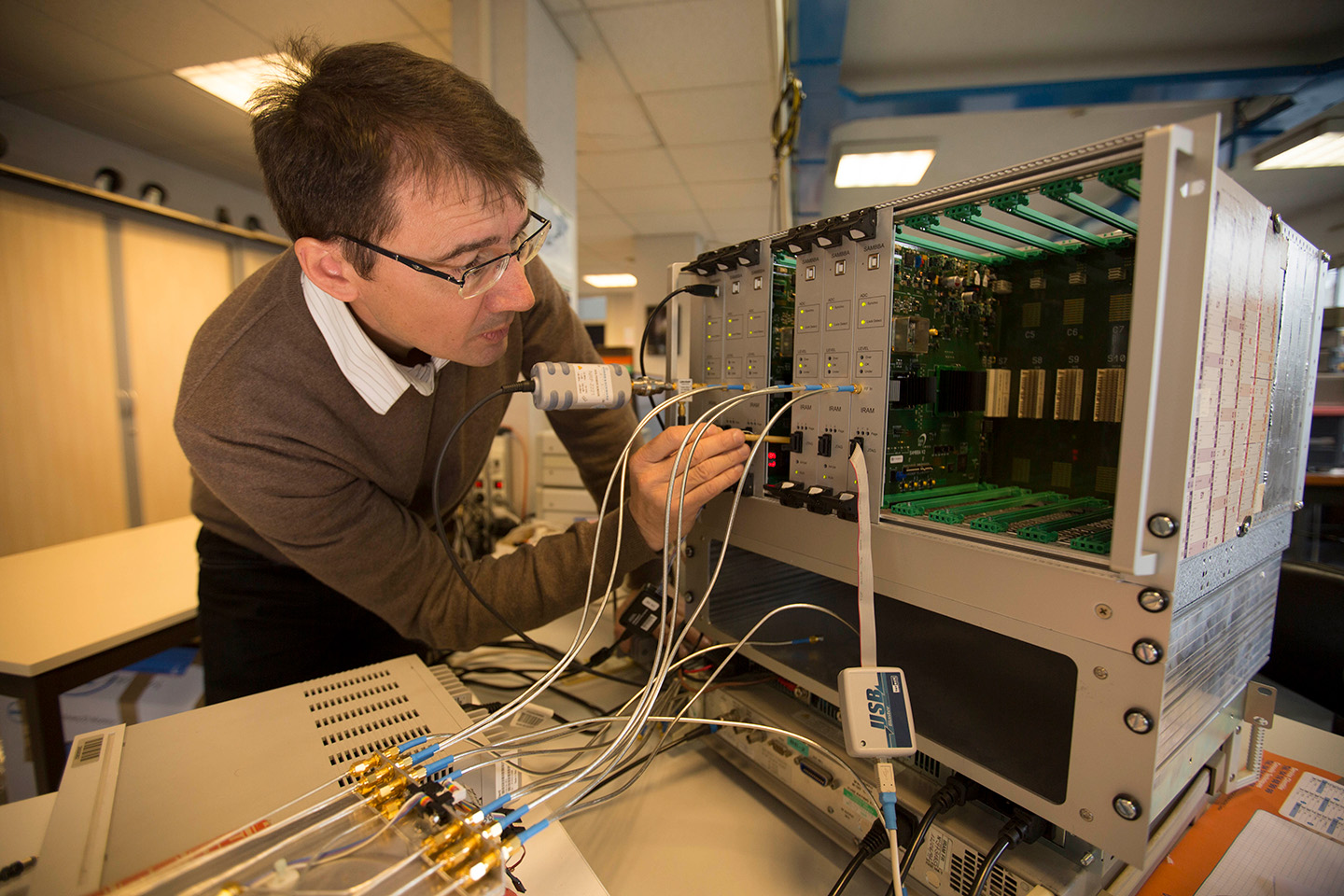 All the hardware that is performing the signal processing- including electronic circuits and software – is designed and developed by the Backend group staff.

This group is made of engineers and technicians who’s skills are covering all aspects of modern electronics, from RF analog electronics to high-speed digital electronics, frequency synthesis and optical transmission devices.

By analyzing and classifying thousands of incoming frequencies, the correlator provides to the astronomers the fingerprints of the observed objects they can identify to molecules afterwards.

The Backend team is also in charge of the NOEMA antennas’ synchronization at the Plateau de Bure. Indeed, information about the sources’ positions on the sky may be obtained by measurement of the time difference between the signals reaching the antennas. This requires synchronization between antennas with a picosecond accuracy. For this purpose, another dedicated electronic system continuously measures to a sub-millimeter accuracy the cables’ length between the antennas and the main building.

Since the sensitivity of a radio observatory is proportional to its bandwidth, the IRAM engineers continually develop faster and more powerful circuits for the IRAM facilities using advanced electronic devices from industrial partner’s, pushing thus current limits of science and technology.